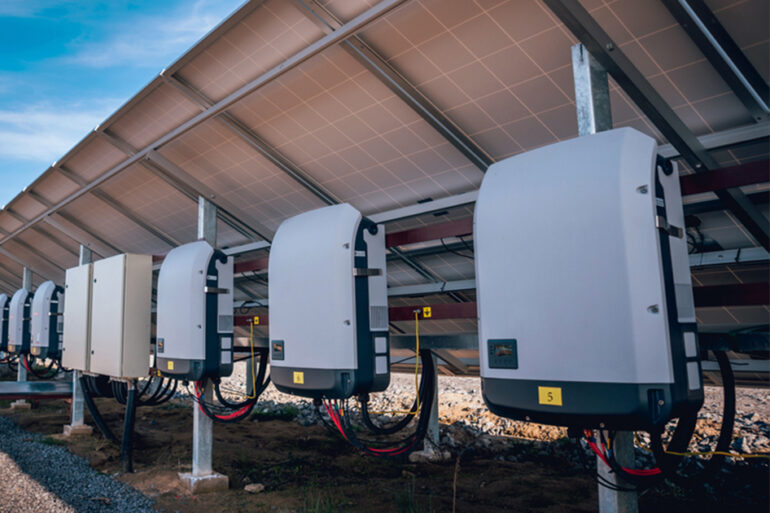 Which inverter is best for the solar system?

A solar inverter for solar panels is a component of a residential solar system that converts direct current (DC) electricity into alternating current (AC). Solar panels catch and generate direct current (DC). Many residences are working on alternating current (AC). Solar panels and solar batteries require an inverter to operate. However, your solar system will not be able to power your home without a solar inverter. If you want to buy a residential solar system, you need to consider which solar Inverter in Pakistan is appropriate. Delta Power can assist you in your quest for the best Inverter for solar system!

A hybrid solar inverter, a multi-mode inverter, allows you to connect batteries to your solar power system. The hybrid inverter communicates with the battery via a mechanism known as ‘DC coupling,’ and its electronics manage battery charging and discharging.

String inverters are the most popular form of inverter used in homes. A domestic solar power system typically includes one per installation. A string inverter is connected to strings of solar panels wall-mounted near your meter box.

Central Inverters are enormous inverters used for solar systems with capacities of hundreds of kilowatts or even megawatts. They have the appearance of large metal cabinets, can hold up to megawatts of power per enclosure, and are only for commercial users or utility-scale solar farms.

Microinverters are small solar inverters the size of a paperback book required for each solar panel. The key benefit is that they optimize each panel individually, resulting in more incredible energy. Microinverters inverters are suitable in partial shade locations, and some string inverters work under these conditions.

The Optimizer-based systems deliver equivalent performance to microinverters using relatively different techniques. For example, they have put on or back the solar panels themselves, where they enhance the energy efficiency of solar panels.

A separate battery inverter is expensive if you want to retrofit batteries to your solar power system or keep your system separate from your solar panels. These inverters convert your house power to 230V AC to feed it to your switchboard using grid power.

How to pick which type of inverter suits you?

Solar inverters are not one size to work with all devices; Choosing the best solar inverter, consider how much power you require to run your house or barn. For example, you might concentrate on one or more particular features. Other unique factors to consider are product type, power output, input/output voltage, efficiency, cooling system, outlets, noise level, dimensions, weight, and price.

Below are some of the main factors to look into as well: